MC3: Jim, as you’re now joining the MC3 Board, do you have any thoughts about the organization and about mediator certification in general? 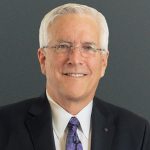 JS: First of all, I’ve been supportive of MC3 from the time I first became aware of it.  Early on when I was in school at USC, Jack Goetz (MC3 President) made a presentation that made a lasting impression on me.  He talked about how so many professions require licensing or certification and that we all expect this and simply take for granted.  I remember Jack talking about how you’re not allowed to cut someone’s hair without a state license.  And, for mediators, he said “Look, if the mediation world doesn’t find a way to certify itself, somebody in Sacramento or some other state legislature is going to get on this, and then it’ll be out of our control.”

I believe that and I also believe that the lack of certification of standards has led to a tendency to undervalue, and under compensate, the work of mediators.  I’m very excited to join the MC3 Board and, hopefully, I’ll be able to contribute to the efforts of the other Board members and continue to establish MC3 as an industry standard for good mediation practice.

MC3:  Please tell us a little bit about your mediation practice.  I know you’ve had a long career in commercial real estate.  How have you been able to transition to ADR work?

JS: I’ve been a member of the commercial real estate trade association, known as AIR CRE for 30 years and, for about the last 15 years, I’ve participated on the association’s Dispute Resolution committee. It’s a service provided to our members to help brokers resolve disputes associated with transactions they’ve been involved with.  I just enjoyed this aspect of my work without really knowing anything about ADR. However, as I did it more, got better at resolving disputes and enjoyed it more, I subsequently looked into ADR programs in Southern California.  I wound up being a part of the inaugural class for the Master’s Program in Dispute Resolution at the USC Gould School of Law.

MC3: So, within AIR CRE, disputants bring their claims to your panel to hopefully find resolution.

JS: It’s a member benefit. There is a filing fee but it is considerably cheaper than hiring a lawyer. And, if we’re not able to resolve things through mediation, the parties can then have their dispute heard by an arbitration panel.

MC3: And do you sometimes serve as an arbitrator, as well?

JS: I haven’t yet but I would love to. However, since I’m almost always the first point of contact, working with parties in a mediation setting, that automatically disqualifies me from later serving as an arbitrator.

MC3: Do you have opportunities to mediate outside of your organization?

JS: I have, on occasion, been mediating in federal court, on ADA (Americans with Disability Act) cases. I also do a fair amount of expert witness testimony, typically in the commercial real estate arena where I have my expertise.  Although expert witness work requires that I often cannot remain neutral, it utilizes many of the same skills that I would use in a mediated setting, specifically careful listening as well as being able to advocate a point of view or an informed perspective without having direct skin in the game.  But the effort to be doing more paid mediation work is something I’m always working on.

MC3: Has COVID impacted your mediation practice in any meaningful ways?

JS: Before I knew what Zoom was, I really resisted the need to mediate virtually online. I kind of liked getting dressed up in my suit and driving to the First Street federal courthouse in downtown L.A.  I still miss that.  But once I got used to doing it on Zoom, I got very comfortable and I think I’ve adapted pretty well.  That said, because we are humans and direct personal interaction is still really important, I will look forward to a mediation practice that, at least in part, embraces live and in person interaction.

MC3: Congratulations on your Board appointment, Jim.  Thanks for taking a few minutes to share some thoughts with us.