"It Doesn’t Mean Anything…" 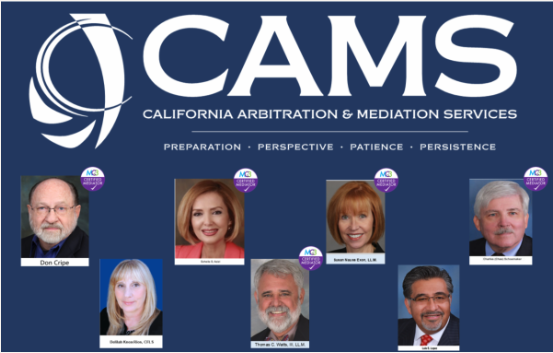 “It Doesn’t Mean Anything…”

When we are considering engaging a professional, whether it is a physician, accountant, plumber, electrician, or anyone we hope has a well-developed skill in the needed occupation, my supposition is that most of us are very concerned with that professional’s credentials. Professionals who not only wish to be more attractive to potential clientele or customers but want to enhance their knowledge base and skills often pursue credentialling through professional organizations. My friend, from whom the title quote comes claims instead of working to be included in the professional organizations, many of which allow admitted members to indicate such by adding initials after their names on business literature, might as well just state on a business card, “I Like Myself.”

Historically through the early 20th century, anyone who graduated medical school and, eventually, became licensed, could practice any specialty he chose. Anyone who has a modicum of knowledge about the history of healthcare understands how well that system worked. For example, up until 1913, a physician who wanted to be a surgeon and in most communities had the basic medical knowledge to allow the practice declared himself to be a surgeon (I am using the masculine since until the 20th century female physician were vanishingly rare). The public accepted those claims. In 1913 the American College of Surgeons was formed with the intention to have a better-trained and qualified cohort from which patients could choose. At the time,  the letters after one’s name on a business card (i.e. F.A.C.S.-Fellow of the American College of Surgeons) didn’t mean anything to the general public or, for that matter, to the medical profession as a whole. The organization persevered to the point that Medical Schools demanded their medical professors be “Board Certified” before they could teach.

Of course, it begs the question whether Board Certified doctors of any specialty are necessarily better doctors than those who choose not to undergo the additional training and vetting processes of the medical board (colleges). The answer is simple: “Of Course Not!” I believe many of us have known professionals who were outstanding students but became terrible practitioners in any profession. The point is, the meaningless alphabet soup attached to the name, i.e., of Bill Bailey, M.D., soon became meaningful to other physicians and potential patients, not only because it encouraged referrals from other specialties and generalists, but it eventually gave the lay public something upon which they could rely for well-vetted assurances of the doctor’s background when searching for a treater.

My current profession is as an ADR professional, primarily an Arbitrator and Mediator. I have been mediating for over 25 years and almost as long as an arbitrator. I am somewhat active among those professionals so have a pretty good understanding of their concerns. Currently, for the most part at least in California, anyone with a mind to do so can hang a shingle and advertise as being a mediator, irrespective of background and training. For decades, professionals such as myself, have agonized over this issue. Just as well-qualified lawyers chafed at the presence of folks without legal training or experience advertised being “Lawyers” before Bar Associations were formed and licensing began, mediators who have expended the time, resources, and energy to obtain the best possible training and experience, see the danger underqualified individuals within the avocation present to the public and the profession we love.

A few decades back, some of my senior colleagues took a look at the situation because they were perplexed about the ability of untrained individuals to jump into this field without credentials. It is true that journeyman lawyers and retired judges seem attracted to this field, but even after a career as an outstanding advocate or jurist, many of them struggle with mediation (at least in the preferred models) because the skill sets acquired in those professions are not universally suited to the type of dispute resolution provided through mediation. The group of old-time mediators wanted to create a framework for mediators, similar to Board Certification of physicians, to announce to colleagues and the world that a mediator had passed through a rigorous review of her education, training, and experience and, thus, were admitted into the special “club” of preferred professionals. It took a long time and a few false starts. Many people practicing as mediators seemed to have the belief that being accepted into that club (i.e., “certified”) has little meaning.

Within the wide community of practicing mediators in California, stories were being shared about mediators incurring situations for which they had few effective tools or, on rare occasion, really making a mess of settlement negotiations. The idea of creating an organization (now extending beyond California) took root in the last decades of the 20th century and sprouts began to appear in the early 21st. Finally, in the past couple of years the idea has taken shape in the form of the Mediator Certification Consortium of California (MC3). Yes, still to some, being MC3 certified means little. (I admit I have made some really boneheaded mistakes as a mediator)

To become certified by MC3, the applicant must submit a complicated application and prove she is qualified through substantial training and show enough mediation experience to have a solid foundation in the field. The applicant must also pass a written examination. After the paperwork is done, a committee within the organization reviews, discusses and votes upon each application. As a part of the process, MC3 certified mediators must agree to participate in the organization’s grievance process, through which a party who believes was disserved by a mediator can complain and have the complaint heard by the organization. If found deficient, the accused mediator may have to satisfy specified remedial processes. Thus, a mediation consumer can be assured when she engages an MC3 Certified mediator, that mediator has been well-vetted by an experienced committee of peers and, if the consumer feels damaged by the conduct of the mediator, may have some recourse.

As of this writing being an MC3 mediator “doesn’t mean anything” to many except to those who are looking for the best qualified mediator for their cases without relying upon the old, unreliable, terms “Hon.” and “Ret.” on a business card or resume’

Don Cripe is a retired civil litigator, current Arbitrator and MC3 Certified Mediator with over 25 years’ mediation experience. Don teaches mediation in law school and is a co-founder of California Arbitration & Mediation Services.