MC3: As a new MC3 Board Member, are there particular things that drew you to the organization? 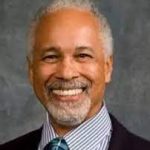 MW: As a non-attorney mediator, I’ve always believed in the establishment of standards for professional practice in our field. Attorney mediators are always going to have a prominent place in the work that we do and I believe that the majority of MC3-Certified Mediators are attorneys or have attended graduate level dispute resolution programs. That said. I believe our field is full of talented, experienced mediators who are not necessarily attorneys and I support MC3’s effort at recognizing the overall background, qualifications, and experience of all mediators, not only those who attended law school.

MC3: Marvin, you’ve been mediating for some time. How did you begin?

MW: I started mediating approximately 30 years ago, in 1991. I was working in real estate, and the man I was working for, who later became my partner, was a longtime mediator and arbitrator for real estate issues. He thought I might be good at it and encouraged me to try it. I remember not long after that, seeing an ad on TV, on public television, for the Los Angeles City Attorney’s dispute resolution program. They had a training which I took and, afterwards they asked us to sign up and continue working for the program for a year. From the very beginning, I just liked doing it and I just dove right into it, helping people with all kinds of issues.

My partner and I talked about opening a business mediation and arbitration business but, before it got off the ground, he became ill and I wasn’t capable of pursing it on my own at the time. I stayed in real estate for a while and eventually moved into investment counseling, something I did for 16 years, but I was always mediating on the side for the City Attorney.

MC3: And over time, if I’m correct, your mediation practice became primarily focused on family issues.

MW: That happened a little later. I went back to school to earn a master’s degree in negotiation and conflict management at Cal State Dominguez Hills. While I was there, I took time to specifically study and learn about divorce mediation. I had recently been divorced myself and it piqued my interest, and I began to give serious thought to focusing a mediation practice on helping divorcing parties navigate this difficult time in their lives.

There were other steps along the way – and I continue to mediate in other venues, particularly the Dependency Court within the LA Superior Court System – but that’s pretty much been my area of practice ever since.

MC3: Marvin, you have a large community of colleagues and friends that you’ve left in order to make a big move from Los Angeles to Columbus, Ohio. What prompted this big change in your life?

MW: Well, it’s something I’ve been thinking about for many years. In fact, early in my marriage my wife and I were actually planning to move to New England. And then life comes along. We had a child and it was difficult to leave the support system we had in Los Angeles. So we stayed. And basically, I built my life in Southern California, at least for as long as my daughter was there. And last year, when my now-adult daughter decided to move away, I said, “Well, why not? Or, if not now, when?” And, as for Ohio, I grew up not far from where I am so there’s some familiarity to my new surroundings.

MC3: And I presume you’re expecting to continue your work as a mediator in Columbus?

MW: Yes, I am. So far, I’ve been continuing to work in Los Angeles. With the advent of everyone being accepting of and comfortable with Zoom and other forms of virtual communication, it’s been a rather easy transition; One that I was actually making already. Even before COVID shut things down, I had decided that I was going to work virtually. I had closed my office and was well on my way to making this transition.

MC3: Have you had an opportunity to explore and better understand the mediation community in in Columbus?

MW: Actually, not much. I’ve done a little searching online and found a couple of organizations that I will eventually reach out to. But COVID has slowed that process. And, if the pandemic were not enough, I recently had knee replacement surgery. The surgery went well but it has unavoidably slowed my timeline somewhat.

I look forward to exploring this world but there’s not immediate pressure to do so. The establishment of my online practice will hopefully allow me to continue to mediate cases that are based in California, in Ohio and elsewhere,

MC3: Thank you Marvin. Good luck on your relocation. Know that you are missed by many in Southern California.

MW: I miss many people as well. Happily, I’m only a Zoom call away.

MC3: Jim, as you’re now joining the MC3 Board, do you have any thoughts about the organization and about mediator certification in general?

JS: First of all, I’ve been supportive of MC3 from the time I first became aware of it.  Early on when I was in school at USC, Jack Goetz (MC3 President) made a presentation that made a lasting impression on me.  He talked about how so many professions require licensing or certification and that we all expect this and simply take for granted.  I remember Jack talking about how you’re not allowed to cut someone’s hair without a state license.  And, for mediators, he said “Look, if the mediation world doesn’t find a way to certify itself, somebody in Sacramento or some other state legislature is going to get on this, and then it’ll be out of our control.”

I believe that and I also believe that the lack of certification of standards has led to a tendency to undervalue, and under compensate, the work of mediators.  I’m very excited to join the MC3 Board and, hopefully, I’ll be able to contribute to the efforts of the other Board members and continue to establish MC3 as an industry standard for good mediation practice.

MC3:  Please tell us a little bit about your mediation practice.  I know you’ve had a long career in commercial real estate.  How have you been able to transition to ADR work?

JS: I’ve been a member of the commercial real estate trade association, known as AIR CRE for 30 years and, for about the last 15 years, I’ve participated on the association’s Dispute Resolution committee. It’s a service provided to our members to help brokers resolve disputes associated with transactions they’ve been involved with.  I just enjoyed this aspect of my work without really knowing anything about ADR. However, as I did it more, got better at resolving disputes and enjoyed it more, I subsequently looked into ADR programs in Southern California.  I wound up being a part of the inaugural class for the Master’s Program in Dispute Resolution at the USC Gould School of Law.

MC3: So, within AIR CRE, disputants bring their claims to your panel to hopefully find resolution.

JS: It’s a member benefit. There is a filing fee but it is considerably cheaper than hiring a lawyer. And, if we’re not able to resolve things through mediation, the parties can then have their dispute heard by an arbitration panel.

MC3: And do you sometimes serve as an arbitrator, as well?

JS: I haven’t yet but I would love to. However, since I’m almost always the first point of contact, working with parties in a mediation setting, that automatically disqualifies me from later serving as an arbitrator.

MC3: Do you have opportunities to mediate outside of your organization?

JS: I have, on occasion, been mediating in federal court, on ADA (Americans with Disability Act) cases. I also do a fair amount of expert witness testimony, typically in the commercial real estate arena where I have my expertise.  Although expert witness work requires that I often cannot remain neutral, it utilizes many of the same skills that I would use in a mediated setting, specifically careful listening as well as being able to advocate a point of view or an informed perspective without having direct skin in the game.  But the effort to be doing more paid mediation work is something I’m always working on.

MC3: Has COVID impacted your mediation practice in any meaningful ways?

JS: Before I knew what Zoom was, I really resisted the need to mediate virtually online. I kind of liked getting dressed up in my suit and driving to the First Street federal courthouse in downtown L.A.  I still miss that.  But once I got used to doing it on Zoom, I got very comfortable and I think I’ve adapted pretty well.  That said, because we are humans and direct personal interaction is still really important, I will look forward to a mediation practice that, at least in part, embraces live and in person interaction.

MC3: Congratulations on your Board appointment, Jim.  Thanks for taking a few minutes to share some thoughts with us.