Our first post is actually the beginning of an interview we’re having with MC3 President and Founder Jack Goetz.  Jack has devoted so much time and thought to the idea of mediator certification and the need to professionalize the work we do, he could probably write a book on the subject.

Q: Can you speak about the general state of the mediation field that led to a need for a certification program such as MC3? 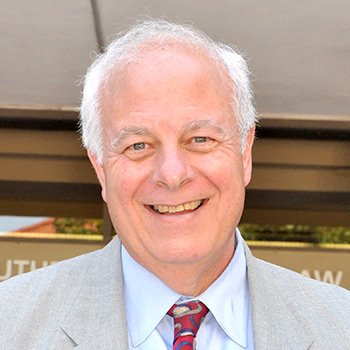 If you feel sick, you call the doctor’s office.  If your taxes are too complex, you call an accountant. If you want to file a lawsuit, you contact a lawyer.  If you have a dispute and you just want to talk or work it out with the other disputant, you call a mediator—NOT.  Outside of a few select areas of mediation, such as family law, there is little contact between members of the public with and a mediator.  We have myriads of disputes in our community that could be resolved, and we have troves of trained mediators leaving the field every year because of lack of work.  Social good can be accomplished if we can connect underworked mediators with disputes that can be resolved without litigation.

MC3’s mission as a nonprofit organization pushes it to accomplish this social good.  Members of the public generally do not contact mediators directly because what mediators do and how they are qualified to do so are not well known .

Professionals who are contacted directly by members of the public are part of formalized professions that have a number of characteristics which typically include 1) a binding ethics code, 2) quality assurance and self-governance, 3) a specialized education, 4) background checks, and 5) continuing education that keeps the practitioner current in the field.  MC3 requires its MC3-Certified Mediators to qualify on all 5 characteristics, but because it is a field that encourages the values that practitioners from all walks of life bring, does not require a specific degree but does raise the level of mediator education.  As a result, currently 84% of MC3-Certified Mediators have either a juris doctorate degree or a post-graduate degree in conflict resolution, or both!

MC3 is not just another education certification that an organization gives to a mediator who completes the education they offer.  In fact, MC3 has anchored itself in principle to the 2012 ABA task force report that set forth some standards for mediator certification organizations, including that such an organization could not certify based upon its own brand of education.  Instead, MC3 qualifies mediator education and training against a known set of standards that reflect the values of the mediation field.

MC3 is not just another marketing certification that mediators obtain.  While MC3-Certified Mediators may use the MC3 mark to distinguish themselves in the community, the heart of MC3 is adherence to a binding ethics code  and the resultant quality assurance to the public.  MC3-Certified Mediators thus enjoy the marketing benefits offered by other certifications but at the same time, can hold themselves out to the highest standard in the community.

MC3 is the gold standard for mediator certification, and the one that holds best hope to be putting mediators on “speed dial” for members of the public.  MC3, by not just branding its own form of education/training, but instead qualifying educational programs of others, is the organization that brings the best hope to creating uniformity in public understanding about mediation.  Tired of being qualified as a mediator in one city by a panel and finding you can drive 50 miles and not be qualified by panels in that area?  As long as that lack of uniformity exists, mediation will never reach its ultimate potential to resolve disputes in all of our communities.